The American Petroleum Institute (API) has estimated a surprise crude oil inventory build of 401,000 barrels for the week ending Aug 29, compared to analyst expectations of a 3.50-million barrel draw.

The inventory build this week takes away from last week’s draw in crude oil inventories of 11.1 million barrels, according to API data. The EIA estimated that week that there was an inventory draw of 10.0 million barrels.

After today’s inventory move, the net draw for the year is 18.68 million barrels for the 36-week reporting period so far, using API data. 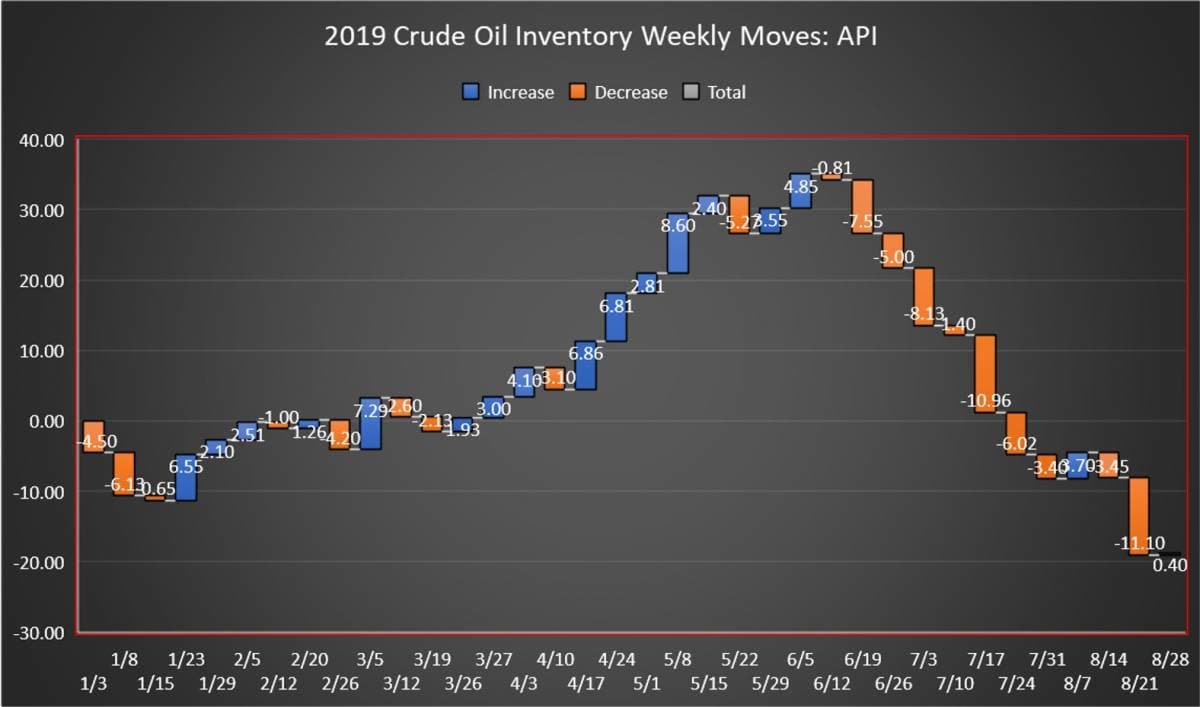 Oil prices were trading sharply up on Wednesday prior to the data release after favorable economic data from China came in, boosting what has been until now sour spirits regarding the stunted demand growth outlook.

Distillate inventories fell by 1.2 million barrels for the week, while inventories at Cushing fell by 238,000 barrels.

US crude oil production as estimated by the Energy Information Administration showed that production for the week ending August 23 rose to 12.5 million bpd, a brand new production high.

The U.S. Energy Information Administration report on crude oil inventories is due to be released on Thursday at 11:00a.m. EDT, a one-day delay due to the Labor Day holiday in the United States.