The American Petroleum Institute (API) reported a small draw in crude oil inventory of 812,000 barrels for the week ending June 13, but still coming in over analyst expectations of a much bigger 2.033-million barrel drawdown in inventories.

The net build is still an uncomfortable 34.02 million barrels for the 25-week reporting period so far this year, using API data. 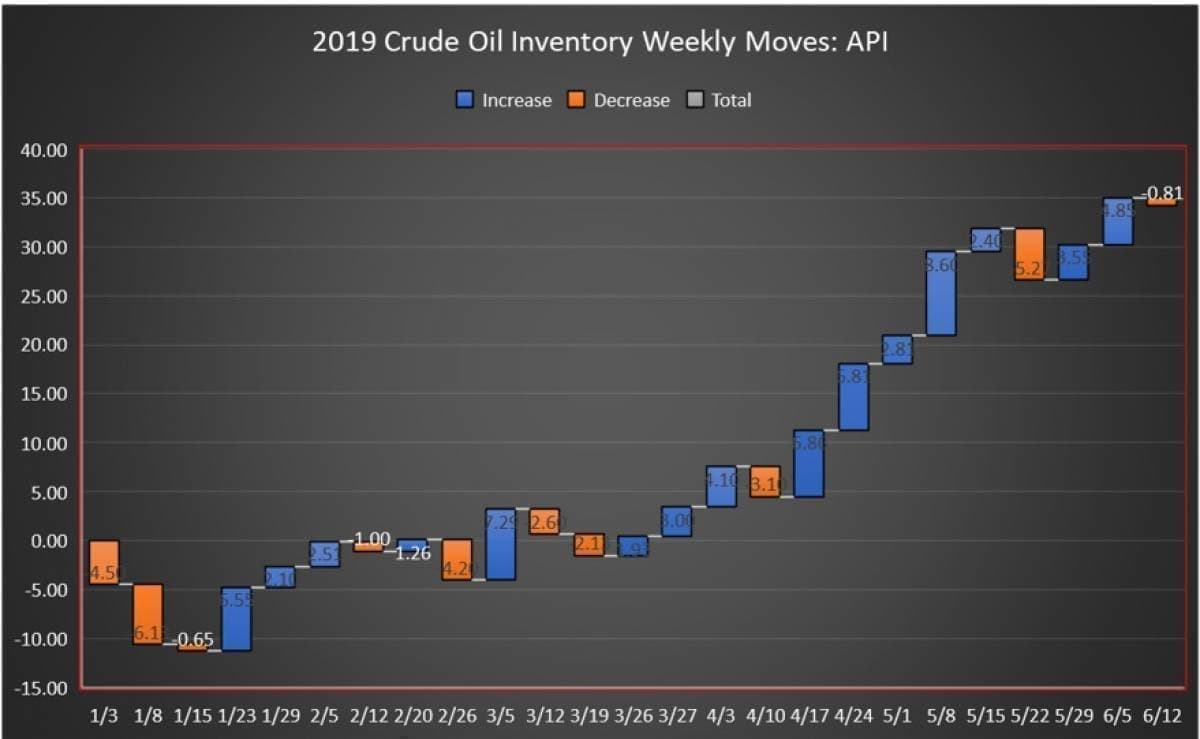 il prices were on a steep upward climb earlier on Tuesday as the market finds new optimism about the US/China trade war after President Donald Trump announced he would meet his Chinese counterpart net week to discuss the stalled negotiations.

US crude oil production as estimated by the Energy Information Administration showed that production for the week ending June 7 fell slightly to 12.3 million bpd, a hair shy of the all-time high of 12.4 million barrels per day.

The U.S. Energy Information Administration report on crude oil inventories is due to be released on Wednesday at 10:30a.m. EST.

Iranian Ships Stranded In Brazil In Need Of Fuel Due To U.S. Sanctions

W&T Strikes Oil in US Gulf of Mexico